So then I went on to Baylor in Houston, Texas, that's where I did my dermatology residency. It's a tremendous place to learn dermatology. Baylor is part of 20 hospitals a Texas Medical Center, where we really see it all and study with the greatest faculty from around the world. So I did my oncology training at MD Anderson, I learned my pediatric dermatology at Texas Children's Hospital, where we had a genodermatosis clinic where patients with the rarest disorders, that you only read about in textbooks, would come from around the world. And we would see them in clinic with all the specialties together.

To Ben Taub hospital, which is our city hospital where I learned all my infectious dermatology, my tropical dermatology and we even had a weekly sexual transmitted disease and leprosy clinic. So I really had tremendous training at Baylor and it was a great place to learn dermatology.

I reached out to some of my colleagues, who knew people in Arizona, and some of my friends in the pharmaceutical industry. And I asked them where would be a good place for me to practice? And sure enough, they kept mentioning Arizona Dermatology, and all the physicians here and the providers by name.

And as soon as I came here and I met all the people, I instantaneously felt the warm and welcoming family environment that's here, it really pervades the practice. And then once I took a closer look I could see there's really a high level of intellectual pursuit here and a commitment to patient care, really doing what's in the best interest of the patient that matches the type of dermatology that I like to practice. 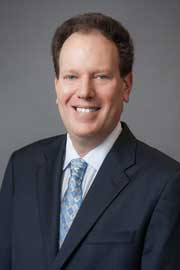 Dr. Glenn L. Zellman graduated Summa Cum Laude from Duke University in 1989 with his Bachelor of Arts in Anthropology and History. He next attended the Duke University School of Medicine where he graduated in 1993, with Alpha Omega Alpha honors and at the top of his class. Upon graduation, Dr. Zellman completed a 1 year internship in Internal Medicine at the Duke University School of Medicine and then moved on to complete a residency in Dermatology at the Baylor College of Medicine in Houston, Texas, where he was Chief Resident in 1997. While at Baylor, Dr. Zellman trained with world class faculty within all of the top hospitals that make up Texas Medical Center, including MD Anderson for his cutaneous oncology training, Texas Children’s Hospital for his pediatric dermatology training, and Ben Taub City Hospital, famous for its tropical dermatology, infectious disease and leprosy clinics.

Dr. Zellman moved on to South Florida in the fall of 1997, where he practiced dermatology in a highly academic and patient service oriented clinic for 18 years. During his time in Florida, Dr. Zellman became a leader in the clinical research of psoriasis, rosacea, and the prevention and treatment of skin cancer. In addition, Dr. Zellman has been highly involved with the politics of medicine and dermatology in Florida, culminating with him serving as President of the Florida Society of Dermatology and Dermatologic Surgery (FSDDS) from 2007-2008. During his entire ten year tenure on the board of the FSDDS, the society helped to preserve the insurance coverage for treatment of precancerous skin lesions, established direct access to dermatology for patients alleviating the need for referrals, set up a foundation to provide shade structures for schools throughout Florida, and sponsored Dr. Zellman as “Doctor of the Day” in the State Legislature.

Dr. Zellman is board certified by the American Board of Dermatology and a Fellow of the American Academy of Dermatology. His training and expertise are comprehensive and include adult and pediatric general dermatology, the prevention and treatment of skin cancer, laser and light therapy, and non-invasive cosmetic dermatology using neuromodulators, fillers, and chemical peels. Dr Zellman has lectured at numerous local, national, and international dermatology meetings and has spent time with leading experts in dermatology from around the world.

Dr. Zellman was born and raised in Oceanside, New York. As a three time Duke University graduate, Dr. Zellman is an avid Duke Blue Devils basketball fan and has been to all twelve final four appearances in the Coach K era, including all five national championships. In 2004, Dr. Zellman helped to start the Dori Slosberg Foundation and is currently on its Board of Directors. This foundation is dedicated to making our roads safer and has been extraordinarily influential in reversing deadly motor vehicle accidents, especially among our teen age drivers. He also enjoys time with his family, sports, theater, opera, and travel. Dr. Zellman works at the following locations, specializes in the following services, and is active and involved at the local, regional and national level with the following organizations. 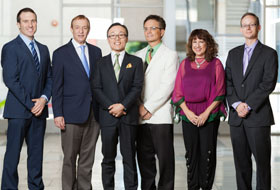 With numerous TOP DOC awards and exceptional training, our doctors are what truly set us apart!
READ about our doctors