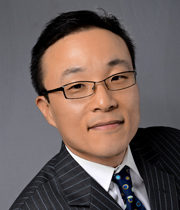 Dr William T. Ko was raised in Columbus, Ohio where the midwest values in his humble upbringing led to his genuine work ethic, devotion to the growing culture of Arizona Dermatology, and dedication to his family and staff.

He is a graduate of the elite Northeastern Ohio University College of Medicine’s six-year BS/MD program, where he finished his accelerated undergraduate education in two years before continuing on with his allopathic medical training. Dr Ko graduated near the top of his medical school class and was inducted into the Alpha Omega Alpha society his junior year of medical school, marking him among the top ten percent of medical students in the United States. Moreover, he received an exclusive honor by being elected as Vice President of the Alpha Omega Alpha Zeta chapter of Ohio.

Before making his way to Arizona, Dr Ko completed an internship and residency at one of the top hospitals and research centers in the world—The Cleveland Clinic Foundation. He was further honored in his training years by being elected as Chief Resident of Dermatology and Vice President of the Graduate Education Medical Council at the Cleveland Clinic. During his training at a world renowned institution, he developed a passion for research and public speaking leading to his dedication to public awareness and clinical studies, which continues to this day. In his time in Cleveland, he also served as a volunteer dermatology coordinator at the Cleveland Free Clinic, helping people with the greatest need for care but without access to receive it.

Dr Ko has immersed himself in research and has trained among the leading experts of dermatological disorders in the country. Since his time in private practice, he is among the most experienced and well-versed clinical researchers in the southwest region of the United States. He has been involved as an investigator in over 50 clinical studies over the past 25 years. Innovation and patient care have been driving forces in Dr Ko's distinguished career. He acts as a consultant to numerous pharmaceutical companies and remains on the cutting edge of dermatologic advances as he has launched over a dozen drug therapies that have revolutionized treatments in atopic dermatitis, infectious disease, psoriasis, and other immune-based disorders. Dr Ko's academic passions extend beyond dermatology as he also presently serves as a scientific advisory board member for Biomarck pharmaceuticals in the development of novel therapies in acute respiratory distress syndrome, COPD, non-small cell lung cancer, dry eye syndrome, and rare skin diseases.

Dr Ko has served as former President of the Phoenix Dermatological Society and remains involved with continuing education for the betterment of his specialty and peers. He has been recognized by his peers via Phoenix Magazine's 'TOP DOCS' awards since 2003. Moreover, he has been acknowledged at the national level in dermatology with Castle Connolly's “Top Dermatologist" honors since 2012, recognizing him among the best in his specialty in the United States. In 2022, Newsweek Magazine honored him among the top 150 dermatologists in the country based on his accomplishments and contributions to the field of dermatology. Dr Ko has also served as team dermatologist for the Phoenix Suns for over a decade.

With four locations throughout the Phoenix metropolitan area and in the White Mountains, we're here to help you find the skin care results you need.
READ about our locations